Be the first to review this product!
SKU
VP-BLKBMF
$0.00
Add to Wish List Add to Compare

This black film reduces labor costs by biodegrading into the soil!

There are two significant issues with using mulch film. The first is the amount of non-recyclable waste. The second is the labor involved with removal at the end of the season. Organix AG Biodegradable Mulch Film solves both problems with a film that completely biodegrades on its own. Sold in 4,000-foot rolls. Mulch film is a necessity if you are growing fruits & vegetables in the field. During your production cycle, this biodegradable film reduces weed problems and enhances moisture control. It also increases both soil temperature and growth rate, extending your growing season. You will even notice a reduction in the amount of water needed to irrigate crops. This film also mitigates fungus issues caused by rain splashing on the soil. Organix A.G. Film offers excellent stretch properties and a simple perforation. These factors make it easy to lay using existing equipment. At the end of the growing cycle, you can plow the film into the soil. Temperature, humidity, and micro-organisms in the soil will turn Organix A.G. Film into biomass, water, and CO2. This process leaves no harmful residue and requires no additional labor for removal. Organix proudly manufactures this product in the USA! Also available in black/white and clear.

Skip to the end of the images gallery 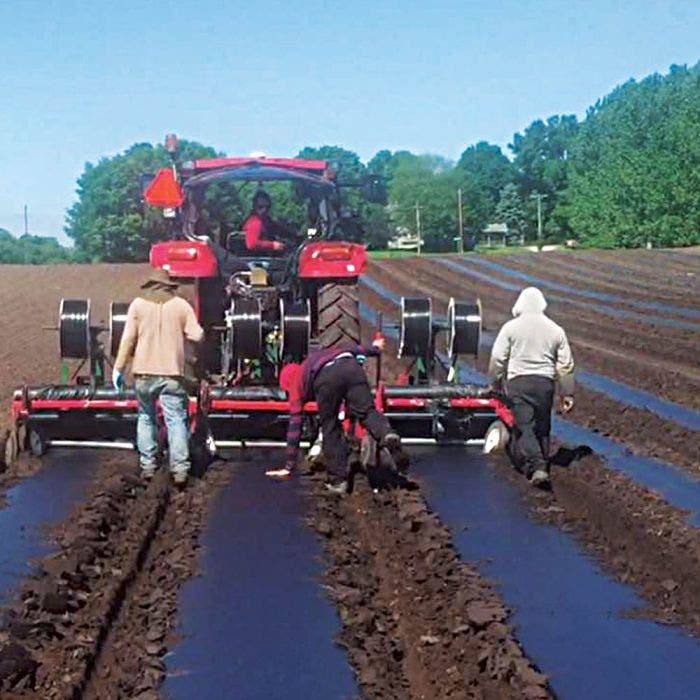